On October 3, Beijing time, in the 7th round of the Chinese League, Chengdu Xingcheng defeated Beijing Beiti University 1-0, only 1 point away from the super group. After the game, Chengdu coach Carlos attended the press conference. 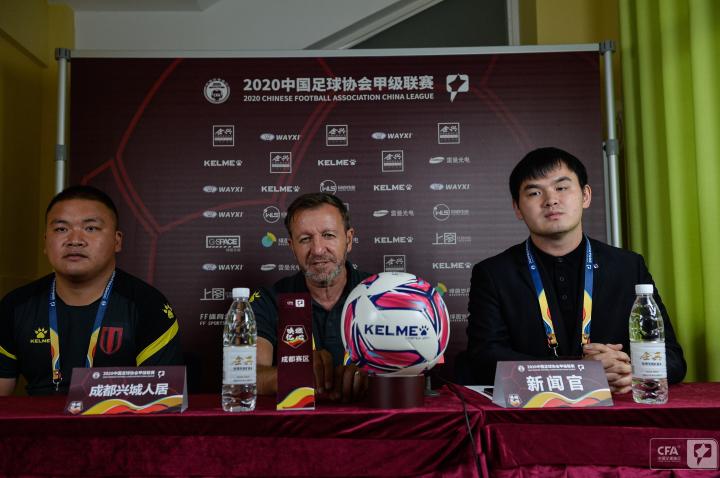 The team has now scored 18 points and I am very satisfied. Although the players were a bit tired, everyone was very motivated in this game and played very well in the first half, playing our level. The opponent played well in the second half, but we returned to fight back and created a lot of opportunities. What we care more about today is the score of victory, not the good-looking scene. We could have scored again in the second half, but we didn't know it. Fortunately, we kept the victory.

In the previous game, considering the fatigue of the players, we also carried out a rotation. Now we have 18 points. Although we have great hopes for promotion, in theory we have not yet entered the super group. If our score is stable, we will consider letting more players play.